Apple could open up iOS by releasing alternate firmware for developers 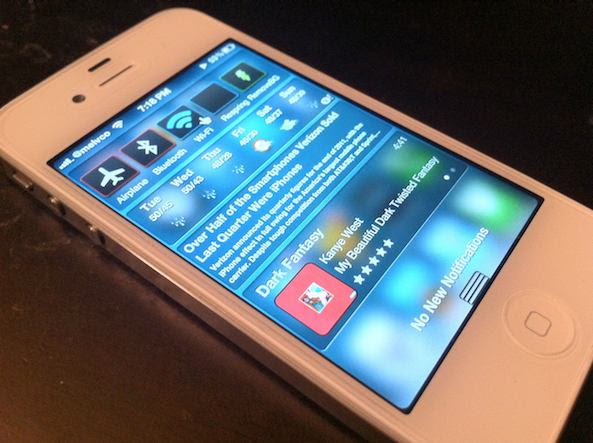 Earlier this week, Tim Cook turned some heads when he told folks at the D11 conference that they could expect Apple to â€œopen up moreâ€ in the future, in regards to 3rd party developers. The company, as you well know, currently rules iOS with an iron fist.

Unsurprisingly, Cookâ€™s comment has sparked some speculation in the jailbreak community , on what Appleâ€™s plans might be for opening up iOS more. And earlier today, Pod2g weighed in, and he thinks it could do it by releasing alternate firmwareâ€¦

More specifically, the well-known hacker believes that Apple could release two versions of each firmware: one that is secure and doesnâ€™t really let you do anything, like it is now, and one for developers and tinkerers that allows you to run unsigned code.

Those who download theÂ alternateÂ firmware, he says, would have to do so at their own risk. But this would be a way to give users the best of both worlds: a closed, secure platform,Â and an open, customizable one. Youâ€™d think this would be a no-brainer for Apple, right?

Not quite. Sure, OS X lets you run unsigned code. But the environment and circumstances are very different with iOS. I think Appleâ€™s mobile products rely heavily, from a sales standpoint, on the â€˜it just worksâ€™ mentality. I feel like if they lost their reputation for quality, and easy-to-use software, theyâ€™d have a hard time standing out in an increasingly crowded market. And I think [they think] theyâ€™d risk that happening with an â€˜alternateâ€™ firmware. Even if it was only meant for developers.

What Iâ€™d like to see is Apple give third-party devs access to things like Siri and the Notification Center, and give them further access to the Lock screen. I think they could get away with little freedoms like this, and not have to worry about the integrity of iOS.

What do you think?