I don't really get the whole deal with ditching physical media. I get the appeal of digital â€" it's crazy convenient â€" but it's not really yours. You're not paying to own something; you're essentially paying for the right to rent it for an undisclosed period of time. Then again, those pesky record companies and film studios would love to be able to tell you that the disc on your shelf doesn't actually belong to you. They probably have done already. Bastards.

But hey, we're all here for something that is only available digitally. Apps, apps, and more apps.

Flow for Instagram: [1] Â Flow was originally designed for the iPad because the official Instagram app didn't do so well with the bigger screen. It seems silly that that would be necessary on the iPhone, but there's more to it than that. Flow lets you see Instagram photos in glorious high resolution (with zoom!), has search features that are much stronger than the default app, and you can watch videos in full-screen. The only thing you can't do is upload pictures, but that's because Instagram isn't fond of third-party clients. [Free]

AmpMe: [2] Â You don't need to buy expensive sound systems to enjoy music all over your hours, all you need is this app that turns all your devices into speakers in their own right. AmpMe lets you sync devices together and play the same audio across every single one of them. It's cross platform, too, letting you sync up Android, iOS, and Bluetooth devices. [Free]

DAEMON Sync: [3] Â This one is a backup server designed to let you transfer files between devices without issues with space and privacy that crop up far too often with cloud storage. Everything connects together over your local Wi-Fi network and syncs automatically so that you don't need to worry about anything. [Free]

Polarsteps: [4] Â If you're going travelling you'll be wanting to keep track of all the places you visit, but actually making the effort to log it all is a hassle. Luckily for the lazy travellers out there, Polarsteps tracks everything for you using GPS. You don't need to use the internet, it won't drain huge amounts of your battery, and it'll even keep logging your progress if it loses GPS signal. How? Magic, probably.Â [Free]

French Lessons by Frantastique: [5] Â Learning a new language isn't easy, but the problem with education is that everyone learns differently and at different paces. Frantasique take a different approach to most language apps, offering personalised lessons on a daily basis. It's also specifically designed for people over the age of 15, so if you missed your chance at school then this is the one for you. Provided you can pay for the lessons. Seriously, the subscription isn't cheap.Â [Free -- with subscription]

Google Keep: [6] Â Google's notetaking app has been available on Android for what seems like forever, but now it's hit iOS. You have tiny little notes where you jot down whatever needs to be remembered (text and images), and it'll sync with the browser version of Keep, and every device you installed it on. It can be organised with tags and colours, plus you can share individual notes with other people. [Free]

Pixelmator: [8] Â Pixelmator is one of t he best art and image manipulating apps available on the iPad, and it's just had an update for iOS 9. It's now compatible with all the new iOS 9 features like multi-tasking, 8K image resolution support, a 'save to photos' function, full image copying, and more. [Â£3.99]

Match.com: [9] Â One of the most famous dating services around has been on iOS for a while, but now is the first time it's appeared in the form of a proper iPad a pp. All the features of the iPhone app are here, but optimised for the bigger screen. [Free -- with subscription]

Star Walk 2: [10] Â One for astronomy fans, Star Walk 2 has all the information you need about the contents of the night sky. Find out which stars, constellations, and satellites (including the ISS) are in the skies above you. It's just had an update to work with iOS 9 multitasking and watchOS 2, and comes with a new wi dget, calendar notifications, and a whole host of new content. [Â£0.79] 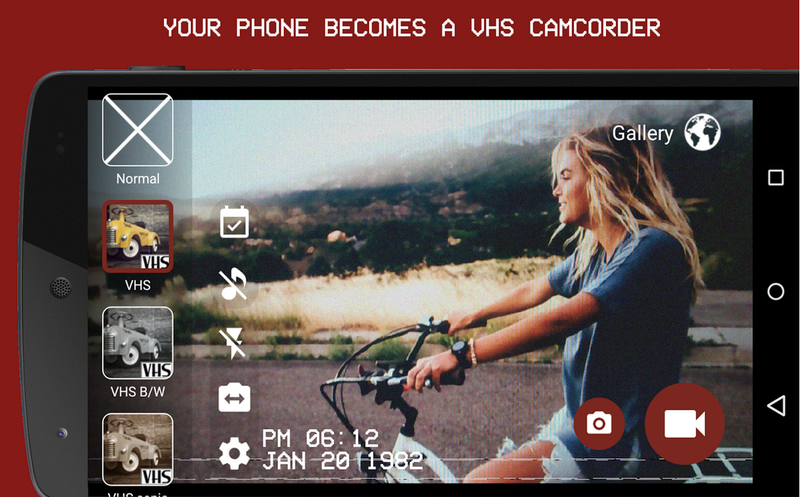 VHS Recorder: [11] Â Chances are your phone comes with a camera that has many megapixels of resolution and other specs that offer great photo and video quality. Who cares about that?! Let's download an app that ruins all that quality by turning your videos into crappy VHS-quality clips. Why? For the lolz. Or if you're a hipster who thinks that wo rse is somehow better. [Free] 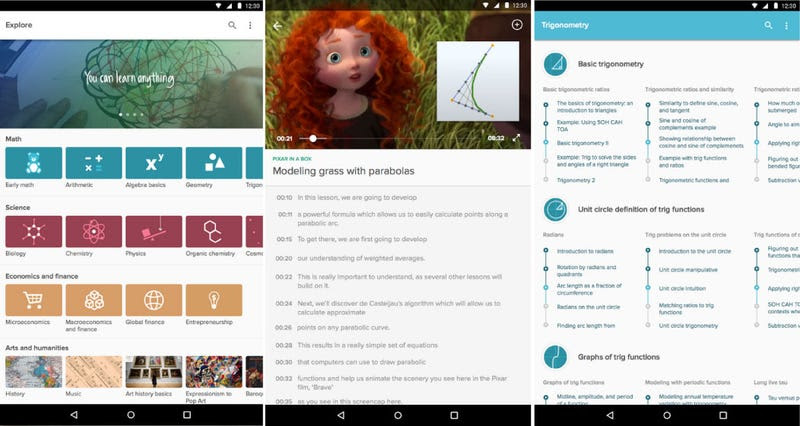 Khan Academy: [12] Â After a long wait, Khan Academy has finally made it to Android. It's a free service that gives you unlimited access to over 10,000 videos and articles on almost any subject you can think of. It doesn't matter who you are, if you want to learn something in great details this is your great bet. [Free]

Hilton HHotels:Â  [13] This is the official app for Hilton Hotels, letting you book yourself a room in one of over 4,100 hotels and resorts across the world. Once you get there you can use the app to check into your room without queuing at the front desk, your phone can be used as your room key, and you can order room service and other extras. [Free]

Misfit Li [14] nk: [15] Â The Misfit Flash and Flash Link are more than just fitness trackers, they also have a button that can be used for all sorts of things. This app lets you set up that button to perform actions on your phone. Take a selfie, control your presentation, control your music, and more. [Free]

Firefox Browser: [16] Â It's aÂ nice alternative if you don't want to deal with Google's own browser, and Firefox on Android has just had an update. It's got a new quick-search feature, improved bookmark management (and duplicate detection), and the option to open Android apps from browser links. [Free]

Slack Beta: [17] Â A lot of apps developers like to ignore Windows Phone, but not the folks behind Slack. It's not been out that long, but there's already a decent update. Now the app that's all about workplace communication and collaboration allows file uploads, a link to the web-based profiled editor (an in-app version is coming), along with a host of fixes to the features. [Free]

Daily Pic: [18] Â Anyone who uses Bing on a regular basis (which is, what, three people?) will know that there is a feature called 'Picture of the Day'. It's the background you see when you head to the Bing website. Search engine preferences aside, what if you wanted to enjoy that picture on its own? You can with Daily Pic, an app that lets you download the Picture of the Day in glorious high-resolution plus information about the photographer and what the picture is showing off. [Free]

5-Minute Relaxation: [19] Â If you ever find yourself feeling stressed or anxious, give this a try. Just open up the app, play one of the sessions (with headphones), and within five minutes you should be feeling all calm and relaxed. [Free]

Fhotoroom: [20] Â Fhotoroom is one of the best photo-editing apps available on Windows Phone, and it's just had an update. It's got an updated user interface, new community tags, and a brand new search engine. [Free]

source: www.gizmodo.co.uk
Pubblicato da Illuminator a 4:30 AM
Email ThisBlogThis!Share to TwitterShare to FacebookShare to Pinterest