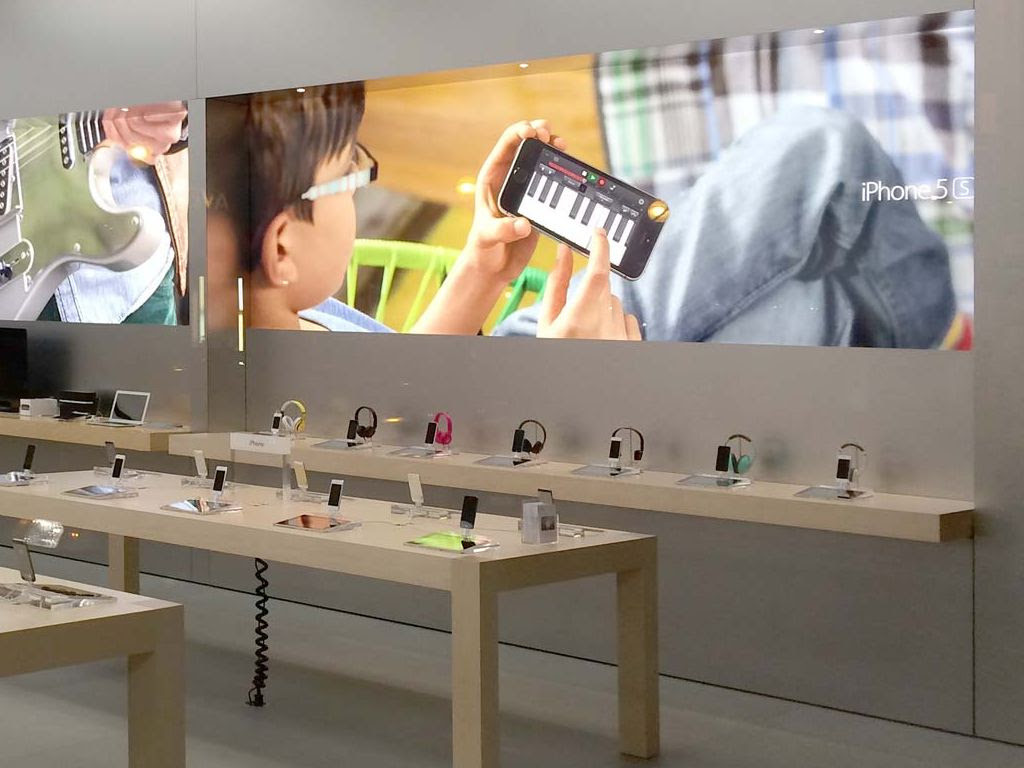 Apple is making some changes inside its retail stores in terms of the large wall images that display its products like the iPhone 5s and iPad .

While previous wall graphics inside Apple Stores showed the company's devices with lots of white space and not much else, the new photos are darker but with more of a variety of colors, with the iPhone and iPad being used by their owners. The change in graphics corresponds to Apple's latest television commercials, such as "Parenthood" , which also attempt to give consumers a more personal look at how its devices are used by everyday folks.

The new store photos were also put in place less than two months after Angela Ahrendts took over as senior vice president of Apple's retail and online stores . It would appear that Apple and Ahrendts are trying a softer approach towards selling iPhones and iPads. What do you think of these changes in the Apple Store wall graphics?

source: www.imore.com
Pubblicato da Illuminator a 8:40 AM
Email ThisBlogThis!Share to TwitterShare to FacebookShare to Pinterest