How to add Alt+Tab functionality to your iPhone 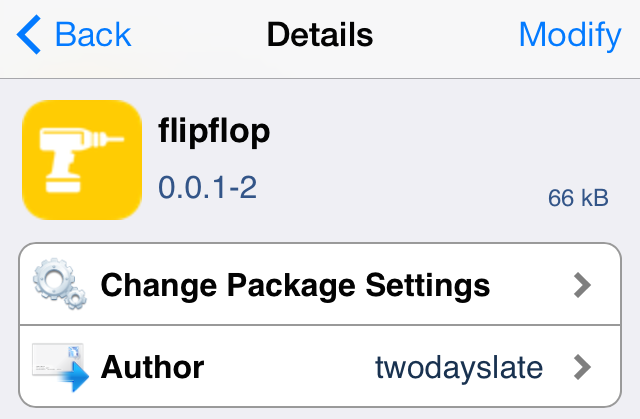 Flipflop is a jailbreak tweak that brings Alt+Tab-esque functionality to iOS by means of a handy Activator action. The tweak can be assigned to any available Activator gesture, but the developer hints that the Home button is best suited as the means of which to activate the tweak.

If youâ€™re looking to be able to quickly switch back and forth between two apps, then Flipflop is a jailbreak release that will give you such functionality. Take a gander at our video walkthrough past the jump.

After installing Flipflop, youâ€™ll need to venture to the stock Settings app and configure the Activator gesture, regardless of what the Cydia description might tell you. The description indicates that the tweak is already pre-configure, but I didnâ€™t find that to be the case. 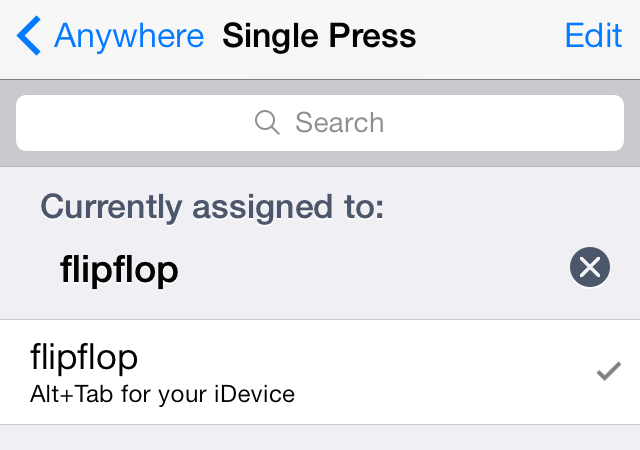 Inside of Activatorâ€™s preferences, youâ€™ll find a â€œflipflopâ€ action that you can assign to a gesture of choice. It is hinted that the Home button should be used as the gesture, and Iâ€™m assuming that a single-press of the Home button would be desired.

Flipflop, once invoked by Activator, will allow you to quickly switch between apps, just like you do on the desktop when using the Alt+Tab keyboard shortcut command. Obviously, if you use the single-press of the Home button gesture, you will have to come up with some sort of scheme for closing out of apps and returning to the Home screen. You can always choose to just double-press the Home button to open the App Switcher, and use that to get back to the Home screen.

While I like the idea of being able to quickly switch between apps, I donâ€™t believe that interfering with the Home button is the way to do it. If anything, you should probably come up with another gestureâ€"double-tap on the status bar, perhapsâ€"to invoke Flipflop.

If youâ€™d like to take Flipflop for a test drive, then open Cydia and find it on the BigBoss repo. It can be downloaded free of charge. Once you do, share your thoughts and opinions down below in the comment section.