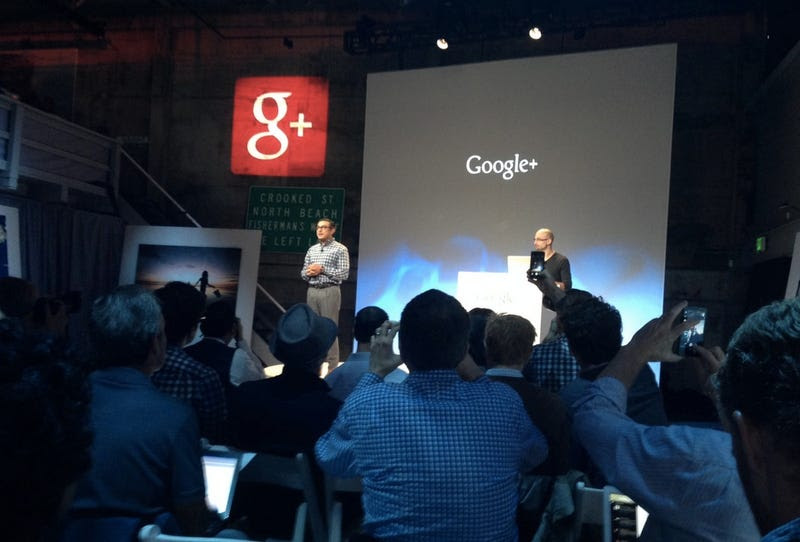 Although Google has denied claims that it may discontinue or overhaul its struggling social network Google+, a new report provides more evidence that this indeed may be the case.

Some developers that have been implementing Google+ login buttons on their websites are now receiving an option to add a "Sign in with Google" button, hinting that the company may be looking to stray away from Google+ branding.

Sources who have spoken with The Verge [1] shared this information and have also provided a screenshot of what the new button would look like.

The option is said to only be available for a small number of developers at the time, meaning regular Google users Â will still see the red Google+ logo on websites that offer the option to login with a Google+ account.Â

Just because Google is testing a new feature doesn't necessarily mean it will hit consumers, but the move suggests that Google may be rethinking its strategy surrounding Google+. Following the news that Vic Gundotra, who lead the Google+ team, decided to leave the company, TechCrunch reported that Google is reshaping its entire outlook on Google+ .

Citing multiple sources, TechCrunch reported that Google will start viewing Google+ as a platform rather than a product, meaning it may no longer compete as a social network against Facebook and Twitter. Instead, Google is supposedly planning to strip out the most useful parts of Google+ like photo storage and video chatting.

source: www.businessinsider.com
Pubblicato da Illuminator a 7:30 AM
Email ThisBlogThis!Share to TwitterShare to FacebookShare to Pinterest