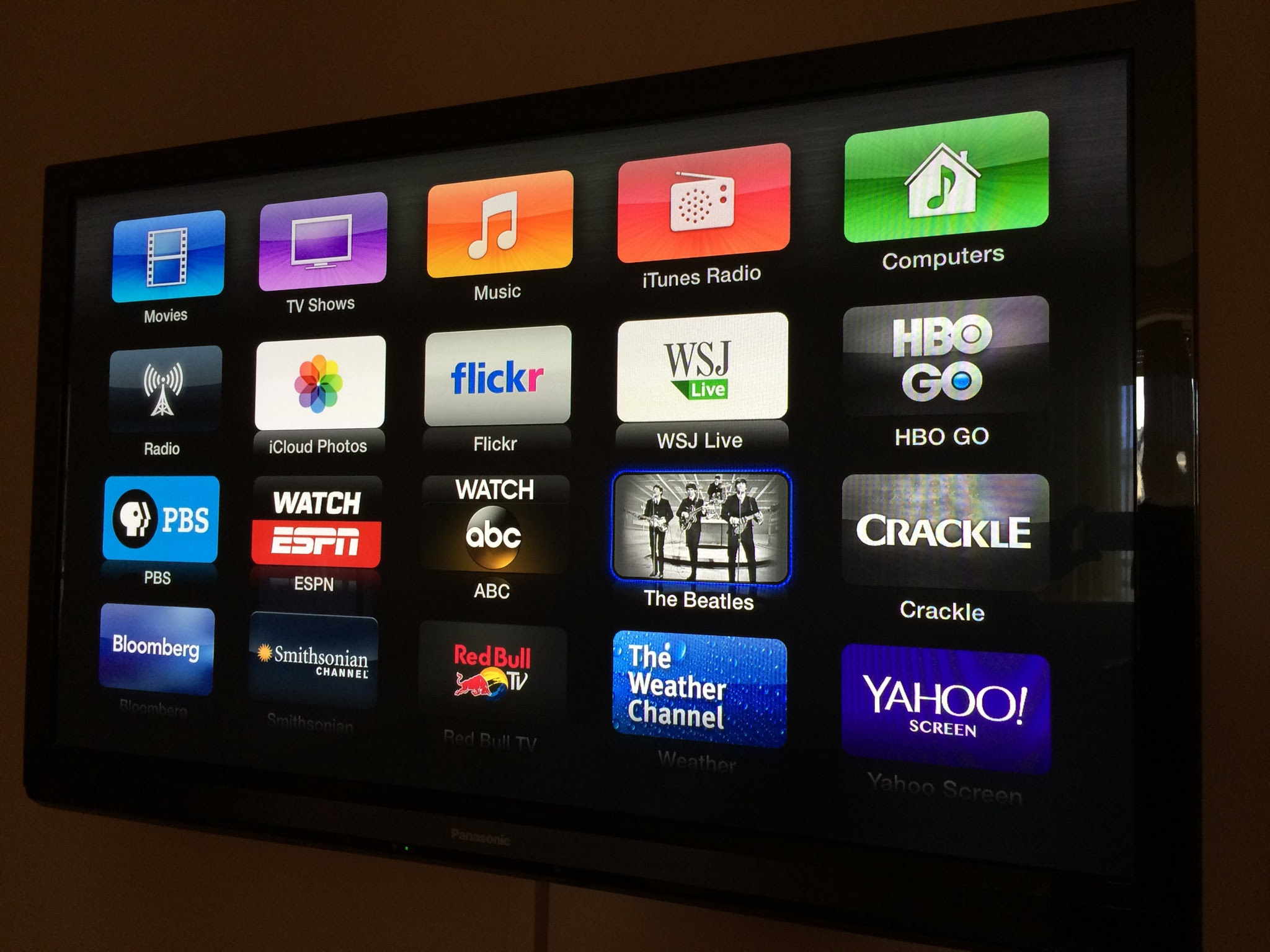 Fueling rumors of a potential Apple TV hardware refresh next month, Apple has apparently instructed its retail employees to start treating Apple TV buyers to $25 iTunes Gift Cards, basically bringing the price of the $99 media-streaming box down to $74.

Of course, youâ€™re still paying the full price for the Apple TV hardware, Apple is just throwing in a $25 iTunes Gift Card with every new purchase. The credit can be redeemed against any content purchase in the companyâ€™s many online stores.

So in a nutshell, youâ€™re getting a $25 iTunes credit for apps, books, movies, music and more, free of charge. The offer is valid through March 5, 2014â€¦

From February 28 to March 5, customer who buy an Apple TV from our stores get a $25 iTunes Gift Card to spend on their favorite content. Spread the word.

It appears that the promotion is limited to Appleâ€™s retail locations as the online stores donâ€™t get to participate. 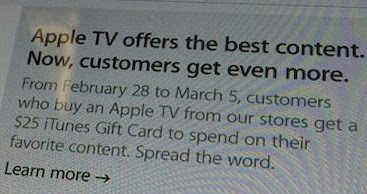 The company is said to negotiate with Time Warner Cable and other potential partners to enhance its video offering ahead of the rumored next-gen Apple TV hardware refresh.

The new hardware is reportedly slated for an announcement by April,Â ahead of a rumored Christmas launch.

â€œThe new device, which plugs into a television set, will have a faster processor than the previous version and an upgraded interface to make it easier for customers to navigate between TV shows, movies and other online contentâ€, Bloomberg reported.

Bloggers have discovered Â references to an unreleased Apple TV hardware in the iOS 7 code, with one report speculating that the refresh could include upgraded internals, a built-in AirPort wireless router and a possible iOS controller support for downloadable games via an Apple TV App Store.

source: www.idownloadblog.com
Pubblicato da Illuminator a 11:50 AM
Email ThisBlogThis!Share to TwitterShare to FacebookShare to Pinterest