Add functionality to the AssistiveTouch feature with MyAssistive 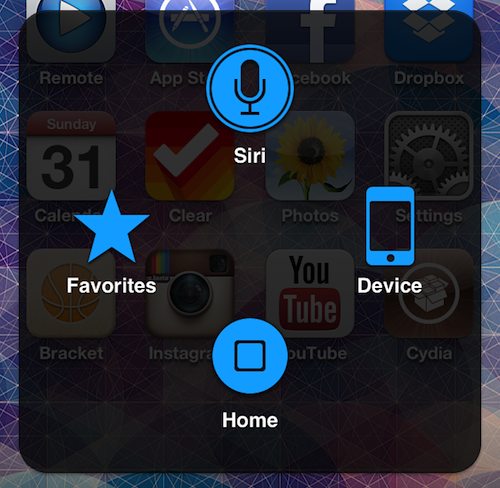 Buried deep in the iOS Settings app, at the bottom of the Accessibility window, is a feature called AssistiveTouch . Apple built this tool to make its mobile devicesÂ more accessible to users with impaired physical or motor skills.

Enabling the feature adds a tiny icon to your deviceâ€™s screen that typically, when tapped, opens a menu with shortcuts for a variety of system functions. But with the new MyAssistive jailbreak tweak, you can change thatâ€¦

MyAssistive is a simple little utility that lets you customize the AssistiveTouch button to your liking. You can change where itâ€™s positioned on your deviceâ€™s screen,Â the color of its menu icons and, most importantly, what it does.

Once installed, all of these options can be configured from within your Settings app. Thereâ€™s toggles for enabling the tweak, turning off its â€˜snap to positionâ€™ and â€˜hideâ€™ functions, and a menu of actions you can assign to the button. 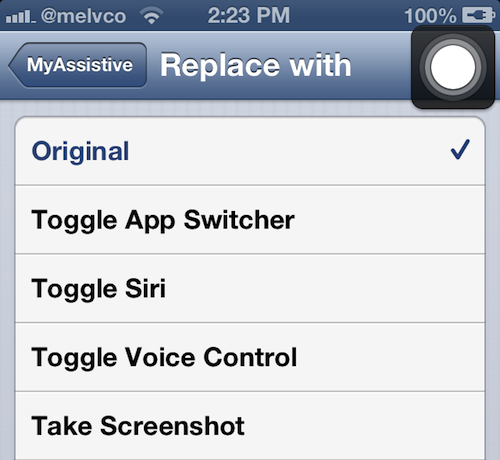 Overall I like MyAssistive, as it offers quick access to some useful functions. But I have a few issues with it. One, you can only assign one action to the button at a time. And two, I havenâ€™t found a spot to put it where itâ€™s not in the way.

So Iâ€™ll probably be sticking with tweaks like Activator and NCSettings â€"they do most of the same things. But itâ€™s still worth checking out for folks that are looking for a change. You can find MyAssistive in the BigBoss repo for free.